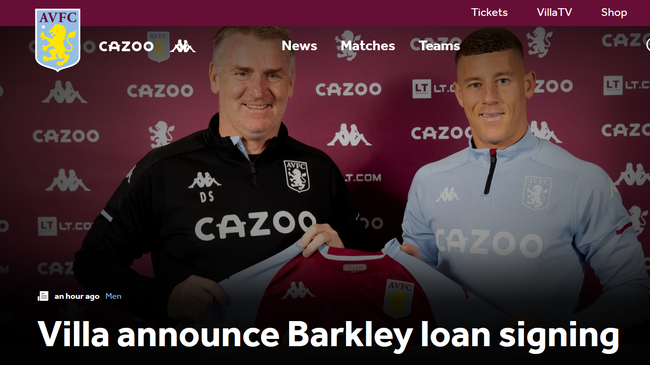 On September 30, Beijing time, Aston Villa announced on its official website that the team had loaned Chelsea midfielder Barkley for a season.